Leader in the Naturopathic Profession Leaves a Lasting Legacy

PORTLAND, Ore. (March 19, 2010)—David A. Greenspan, N.D., a Tigard naturopathic physician and leader in the naturopathic medical community died suddenly March 13. He was 46. Police are investigating his death as a homicide. They have released no details about the investigation.

NCNM President, Dr. David J. Schleich, said that the news of Greenspan’s death is a devastating loss to the naturopathic community. “Dr. Greenspan’s passion for the medicine was unbridled. He was an extremely bright, gifted physician, a deeply committed advocate for the naturopathic profession and community. His untimely death is a tragic loss to the profession and our community. NCNM has lost a good friend and the greater Portland area has lost a very good doctor.”

Greenspan received a Bachelor of Science in molecular and cell biology, graduated with honors from Pennsylvania State University in 1986. He received his Naturopathic Doctorate from the National College of Natural Medicine (NCNM) where he graduated with honors in 1990. Shortly after graduation he opened Greenspan GoodHealth Clinic in Tigard and began private practice.

In remembering Greenspan, Schleich said, “David wanted to make a difference in the lives of his patients, which he did exceedingly well. But beyond that, he wanted to share his love and knowledge about the benefits of naturopathic medicine throughout the greater Portland area—including, for example, the Portland Community Cable Access TV show that he hosted, called “Nature’s Way with Dr. David Greenspan.” In his very deliberate and thoughtful manner, David made a tremendous contribution to NCNM and everyone within our community. His sudden death is deeply upsetting to all who knew this brilliant, gentle and kind man. A great light for natural medicine has been extinguished. We will miss David very much.”

Clyde Jensen, PhD, president of NCNM from 1996 until 2001, noted the important legacy Greenspan left to the college. “I first met David when he served as president of the Oregon Association of Naturopathic Physicians (OANP) in 1995. He impressed me sufficiently that I asked him to join the NCNM board, which he served from 1998 until 2004. His knowledge and passion for naturopathic medicine made him an invaluable asset to the board and the committees upon which he served. He acted as a bridge connecting the college with the profession in a profound way.”

Executive Director to the OANP, Laura Culberson Farr, noted that Greenspan’s death cuts tragically short any future contributions Greenspan likely would have contributed to the continuing development of naturopathic medicine in Oregon. “Dr. Greenspan was a leader in our community. He served as president of the OANP board of directors for two terms during a challenging period of our history and continued to be active in the OANP throughout the years in a number of important ways.”

Greenspan is survived by his two young children, 10-year-old Kyle and three-year-old Abby, his longtime partner, Kellie Barnes, his mother Barbara Jenkinson, stepmother, Rosalind Greenspan, and three sisters, Sylvia Clark, Julie Sackett and Joanna Greenspan, and brother Jeff Shulman. At the family’s request, gifts can be made to either the David Greenspan Memorial Fund through U.S. Bank or to David Greenspan Memorial at the National College of Natural Medicine.

ABOUT NCNM: Founded in 1956, NCNM is the oldest accredited naturopathic medical school in North America. A nonprofit college of natural medicine, NCNM offers four-year graduate medical degree programs in Naturopathic Medicine and Classical Chinese Medicine. Its community clinics offer free and low-cost medical care throughout the Portland metropolitan area, and along with the campus-based NCNM Clinic, manage approximately 40,000 patient visits per year. NCNM’s Helfgott Research Institute is a nonprofit research institute that conducts rigorous independent research to advance the science of natural medicine in order to improve clinical practice. Until July 2006, NCNM was known as the National College of Naturopathic Medicine. 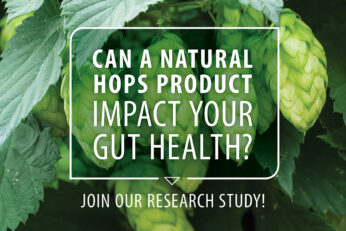 Can a Natural Hops Product Impact Your Gut Health?