PORTLAND, Oregon —National University of Natural Medicine and its NUNM Press today announce the completion of The Hevert Collection: In Their Own Words, a 12-volume anthology that presents original writings from the early literature of the founders of the naturopathic profession. The scholarly and painstaking efforts of Dr. Sussanna Czeranko, a naturopathic physician and Rare Book Room curator of the NUNM Library, restore and reintroduce to contemporary doctors the words and wisdom of the early 20th century naturopathic medical pioneers. Ten years in the making, the writings have been researched, culled, edited and compiled into the 12-volume Hevert series, bringing back to life the foundational information about the philosophy and history of naturopathic medicine. 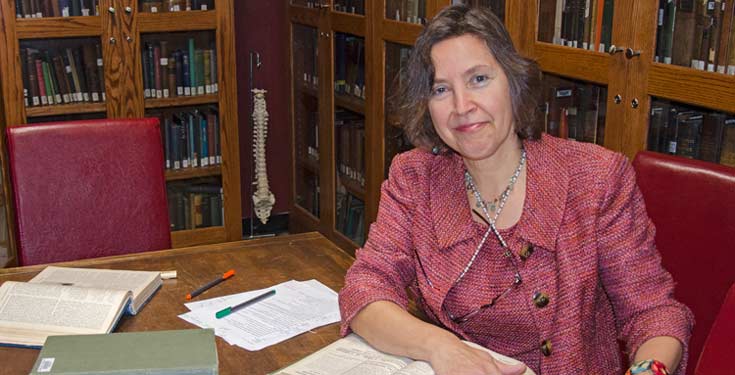 Benedict Lust, a leading pioneer of naturopathy in the U.S., published medical journals to which he and his colleagues contributed extensively. In 1986, NUNM received a bequest from the Lust family containing the entire historical collection, a treasure trove of writings from hundreds of early naturopathic practitioners and teachers, including Sebastian Kniepp, Louis Kuhne, Emanuel Felke and Henry Lindlahr, in addition to Lust and his wife Louisa.

Schleich notes that the Hevert series taps into clinical wisdom from an earlier era of medicine—one that has been virtually inaccessible to today’s naturopathic clinicians. “It’s a significant resource for our students and graduates to better understand where naturopathic medicine originated and how it developed, with assiduously researched and cross-referenced historical citations.”

The nearly 6,000-page series of publications cover topics from the origin and founding principles of the early 20th century profession to detailed accounts of the therapeutic practices that relied on natural elements. The books describe the successful treatments of patients with conditions ranging from life-threatening and acute illnesses, to chronic diseases. These volumes carefully examine topics such as herbs, dietetics, hydrotherapy, mind-body medicine, vaccinations and more.

Schleich noted that the series would not have been possible without early, generous support and funding from Hevert Pharmaceuticals of Germany. “The Hevert Collection affirms NUNM’s commitment to the roots of traditional naturopathic medicine by making the best of the early literature available again. It’s fitting that the wealth of healing wisdom in these valuable publications is available through assistance from Lust’s homeland.”

The massive undertaking has been a labor of love for Czeranko, who has donated all book copyrights and proceeds to NUNM, where she has worked since 2007 and will soon retire, returning to her home in the Canadian province of Saskatchewan where she will open a nature-cure clinic, Manitou Waters.

Czeranko will embark on an international book tour in March to launch and promote The Hevert Collection, with stops in in cities throughout the U.S. and Canada, culminating with a presentation to the 2019 International Congress on Naturopathic Medicine to be held this July in London.