In conferring the degrees, NCNM President David J. Schleich, PhD, spoke of the longstanding service Dr. Farnsworth and Dr. Keppler contributed to the medical school’s founding and development, as well as to the profession of natural medicine throughout North America.

In his remarks to the graduating class of 2009 about the two honorary degree recipients, Dr. Schleich said, “Their exemplary stewardship has forged a path for you to be here today, so that you can achieve your dream to practice natural medicine. Imagine the level of devotion that must have inspired Dr. Farnsworth, a former NCNM board chair and contributing faculty member for more than 20 years, to commute weekly at his own expense for years from British Columbia to this fledgling little college in Portland.”

Dr. Schleich added, “NCNM’s longstanding champion, Dr. Keppler, fought to maintain solvency for NCNM when the college was 30 days from closure. Because of his relentless efforts, within a year, NCNM was debt-free; a year after that, NCNM received full institutional accreditation from the U.S. Department of Education. We would not be here today celebrating your achievement as graduates without the extraordinary dedication shown by these remarkable individuals.”

Dr. Gerald Farnsworth earned his chiropractic and naturopathic degrees from Canadian Memorial Chiropractic College in Toronto. He has served the naturopathic medical profession continuously since 1952, when he joined the British Columbia Naturopathic Board of Governors.

Dr. William J. Keppler holds a doctorate in genetics from the University of Illinois at Champaign-Urbana. He served as NCNM president from 2003 through 2007. Under his leadership, NCNM received regional accreditation, regained solid financial ground, re-established and grew its research department, and brought credible testimony to the naturopathic licensing campaign before the U.S. Department of Education.

A Professor Emeritus at Florida International University, Dr. Keppler served as professor of public health, teaching graduate courses in genetics, ethics and biostatistics, and as dean of the College of Health for 15 years. He also served on the Council on Naturopathic Medical Education, which honored him with a distinguished service award in 2003, and assisted the Northwest Commission on Colleges and Universities as a longtime senior evaluator.

In accepting his honorary degree, Dr. Keppler spoke to the new NCNM graduates about treating patients with enthusiasm, excellence and compassion and exhorting them to remember that through the profession of natural medicine, they will make a profound difference in the lives of their patients.

Before bestowing the honorary degrees, Dr. Schleich added that despite formidable challenges, the two former NCNM administrators helped create a medical college that has stood the test of time, setting the stage for a resurgence of interest in natural medicine.

“All of us who enjoy the enormous benefits of natural medicine owe a debt of gratitude to Drs. Farnsworth and Keppler for their outstanding leadership and allegiance to our profession,” Dr. Schleich concluded. 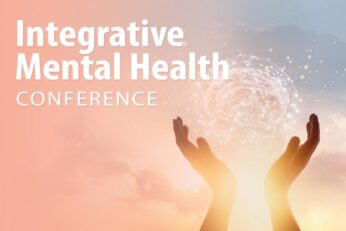