PORTLAND, Ore. (Feb. 21, 2013) — When Ken Gordon, Portland’s celebrated chef, restaurateur and Oregonian food columnist (“Diary of a Diabetic Chef”) was diagnosed with Type 2 Diabetes in 2012, he got help from naturopathic physician Dr. Marty Milner, professor at the National College of Natural Medicine (NCNM).Together they reversed his diabetes and, in the process, Chef Gordon learned healthy ways to cook the food he loves. Now Gordon, a Paris-trained chef, is partnering with National College of Natural Medicine to share a few of his healthy, delicious recipes with the public at the medical college’s ultramodern Charlee’s Kitchen, a teaching kitchen the college opened in September 2012.

NCNM’s Cooking Classes with Chef Ken Gordon,” is the launch of the college’s new series of “Food as Medicine Everyday” nutrition and cooking workshops being offered to the public. The evening classes take place March 27, April 24 and May 29.

Gordon, who taught master cooking classes at the prestigious Parisian culinary institute, La Varenne Ecole, said his experience with Milner gave him a new perspective on health. “It caused me to look at wellness in a whole new way,” he said. “I began looking at the whole body and mind, not just the symptoms.”

“I became a true believer in naturopathy and ‘alternative medicine.’ I was able to get healthy. Partnering with NCNM is a way to spread the word.”

While Gordon has taught cooking in Portland and elsewhere, the classes at NCNM will be somewhat of a new departure for the award-winning co-founder of Kenny & Zuke’s Delicatessen, and several other popular local eateries.

Gordon notes that he’s never taught cooking with nutrition in mind. “Really, it was all about flavor, regardless of fat, salt and refined carbohydrate content,” he said. “Now, as my diet has changed so that I’m exercising moderation in a diet that had always been rich in those elements, my teaching has, as well.”

Gordon’s hands-on cooking classes will showcase nourishing and healthy meals for the entire family, from a class that shows how to stock the kitchen for a variety of quick and tasty meals, to classes that spotlight Asian and classic French dishes. While the centerpiece of the classes will be creating healthy meals, the focus is taste, Gordon said.

“Flavor is still important—my sensibilities dictate that, health conscious or not, I won’t cook something that I don’t think tastes delicious. That being said, I’ve searched for recipes where I can reduce the fat, salt and carbs, and still turn out food I love to eat.”

The new NCNM series with Gordon will appeal to cooks of all proficiency levels. “The mechanics of cooking often prevent people from taking the time to actually do it,” he noted. “When I teach, I try to get people doing things that won’t intimidate them,” Gordon added. “I want people to feel like they can take the lessons home and try them. Otherwise it’s like watching the Food Network—entertaining but not very useful.”

ABOUT NCNM
Founded in Portland in 1956, NCNM is the oldest accredited naturopathic medical school in North America and an educational leader in classical Chinese medicine and CAM research. NCNM offers four-year graduate medical degree programs in naturopathic and classical Chinese medicine, and a Master of Science in Integrative Medicine Research degree. Its community clinics provide low-cost medical care throughout the Portland metropolitan area. In addition to the campus-based NCNM Clinic, NCNM practitioners attend to approximately 37,000 patient visits per year. Until July 2006, NCNM was known as the National College of Naturopathic Medicine. The name change reflects the diversity of the college’s programmatic degree offerings. 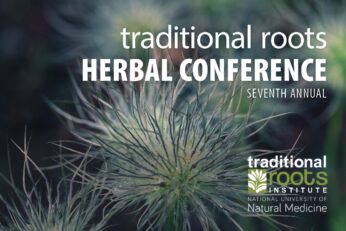 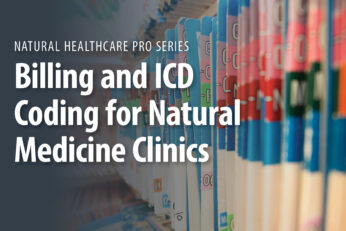 Learn the basics of billing for natural medicine clinics: how to maximizing profits and create systems to streamline the medical billing process. April 25-26.Learn more and register.