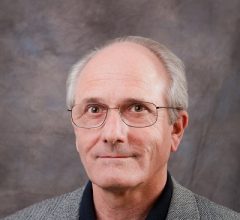 NUNM and the OANP selected Dr. Jared Zeff to be honored with the naturopathic medicine’s prestigious Living Legend award on December 1, 2018 for his demonstrated leadership, commitment to excellence and outstanding contributions to the advancement of natural medicine in the state of Oregon.

In addition to his work as an acupuncturist and naturopathic physician, Zeff, a 1979 NUNM graduate, and faculty member (1979-current) is a longtime supporter of the OANP including his role as a board member from 1980-1985, as President of the OANP from 1983-1984, has taught many classes on behalf of the association, and is currently serving on the OANP House of Delegates. Since 1979, he has been teaching in various capacities at NUNM and is currently teaching “Naturopathic History and Philosophy” at the University. He has also been an adjunct faculty member at Bastyr University since 1995, and was a visiting professor at St. George’s University from 2002-2015.