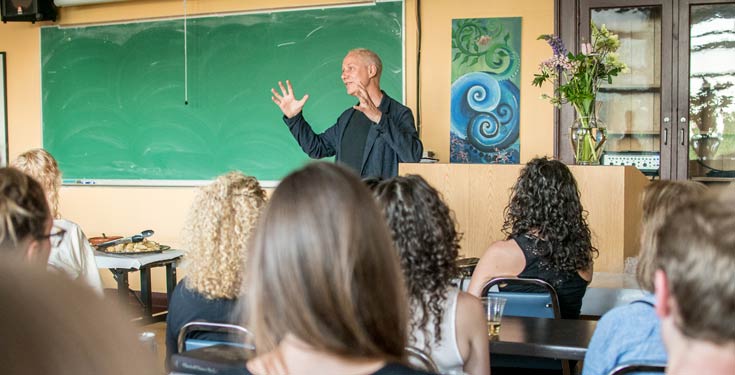 It is with much excitement and gratitude that I (Heiner Fruehauf) am announcing the English edition of Liu Lihong’s milestone work, which represents a much-needed beacon for the profession of Chinese Medicine in the twenty-first century. Classical Chinese Medicine delivers a straightforward critique of the severe predicament that the “integration” of the traditional healing arts with Western science has spawned during the last 60 years, as well as a fervent call for the preservation of classical Chinese medical wisdom. Professor Liu’s open and pointed style of presentation has made this book a bestseller that is read not only by medical students and doctors in China, but by multiple strata of the general population who long for a state of health and well-being founded in a deeper sense of cultural identity. Most importantly, Professor Liu’s ardent appeal to regard Chinese Medicine as a science in its own right has inspired a mainland grassroots movement that is beginning to draw talented students to a field that was long regarded as a bleak second rate destination for professional development.

Eighteen years after its initial publication, it is more than time to bring this seminal work to Western readers. Oriental medicine education has made great strides since the 1970s in North America, Europe, and Australasia, but clear guidelines regarding the “traditional” nature of Traditional Chinese Medicine (TCM) remain murky and undefined. Classical Chinese Medicine not only delineates the educational and clinical problems the profession faces today in both East and West (despite quantitative “upgrades” such as doctoral-level status, extensive licensure, and the accreditation of ampler and larger schools), but also transmits concrete and inspiring guidance on how to effectively engage with ancient texts and designs in the postmodern age. 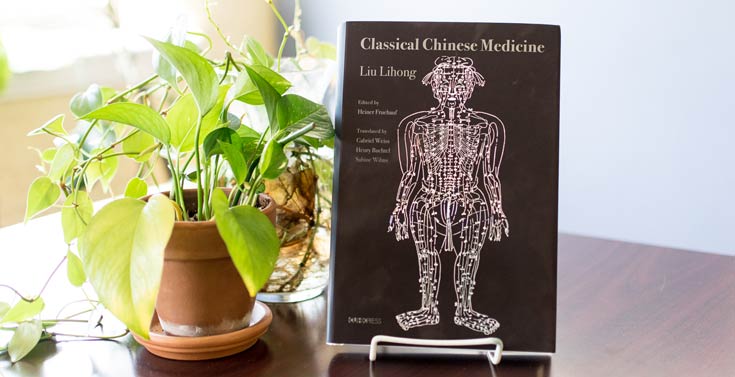 While Professor Liu’s published voice represents one of the earliest objections to the direction that the standardized form of Chinese Medicine has taken since the foundation of the People’s Republic of China (PRC) in 1949, it must be seen as the culmination of a cultural movement that first reacted to the sustained influx of Western science and medical modalities into China more than one and a half centuries ago. To cite an example, the medical philosopher Meng Jin wrote provocatively in Yi yi yi (Prescriptions for Healing the Present State of Medicine) in 1902:

Most of today’s Chinese Medicine doctors are utterly ill-advised—tens of thousands of miles removed from the advanced craftsmanship of the ancient sages. . . . As a result, the time-honored wisdom tradition of Chinese Medicine that once studied the microcosm of the body before the sophisticated backdrop of all macrocosmic sciences has now become an escapist haven for the ignorant and apathetic.[1]

Meng Jin goes on to lament the change from a medicine that was intrinsically founded upon functional and holistic parameters to an institution dominated by the presumptions of Western science—defined by the material eyes of anatomy and a diagnostic perspective based exclusively on structural changes in the body. Clinical outcomes, he declared exactly 100 years before Professor Liu published his book, were noticeably deteriorating.

Classical Chinese Medicine articulates the essence of this long-standing intellectual movement aiming to preserve the unique theories and techniques behind the clinical efficacy of Chinese Medicine. After other scholars in contemporary China realized that it was politically acceptable to share their genuine opinions about the government-issued doctrine of “modernizing,” “integrating” and “unfeudalizing” Chinese Medicine, the dam broke and a flood of articles and books on the subject emerged. A pertinent example of the passionate tone adopted in the wake of Professor Liu’s pioneering publication is provided by Mao Jialing, editor of the China Agency for Chinese Medicine and Pharmacology News. In 2005, he wrote in the preface to his influential essay collection Zheyan kan Zhongyi (Chinese Medicine in the Eye of Philosophy):

If the field of Chinese Medicine continues to develop according to the fashionable directive of “glorious surface, collapsed interior,” it won’t be long before the chain of genuine knowledge transmission will be broken, before the market share of Chinese Medicine will dwindle down to zero, and until no more but an empty shell will remain of the profession of Chinese Medicine. In slightly more pessimistic and maybe exaggerated terms, one could say that the age-old profession of Chinese Medicine is presently facing a quiet death. Thousands of years of accumulated experiential knowledge gone in a flash—by finally having become “one with the rest of the world,” by having become “scientific.” The price: the sacrifice of its unique flavor and clinical benefits. Is this now a “revolution” that gives us reason to rejoice, or is it a “tragedy” or even a “sin”? However way we look at it, the development of Chinese Medicine has reached a state of extreme crisis! These may sound like empty words, overblown perhaps, but I believe that history will be the true judge of this statement. . . .[2]

In addition to underscoring the immense significance of this book, it is a declared purpose of my introduction to make “TCM” transparent as a historically and politically conditioned system that is fundamentally different from the multifaceted traditions that constitute traditional Chinese Medicine. In this process, I am attempting to establish a defining line that helps individual Oriental medicine practitioners, schools, and agencies to clarify their own philosophical position. It is, however, not my point to denounce the phenomenon of “TCM.” The standardization procedures of “TCM” are perhaps the main reason that Chinese Medicine is still a thriving profession today, after a prolonged period during which China and the rest of the modernizing world were willing to forsake their own traditions in exchange for the power of Western Medicine. The TCM barefoot doctor approach, moreover, did save many lives when expert healthcare was not available in the Chinese countryside. It is my intention, however, to expose the common practice of advertising the education and clinical practice of “TCM” under traditional insignia that suggest the transmission and application of an ancient Eastern healthcare system based entirely on holistic principles.

The general discourse on Oriental medicine in the West appears to have reached the realm of the 10,000 details (i.e. “what points work best for diabetes,” “how to treat headaches with Chinese herbs”), while leaving the basic parameters of its scientific approach unexplored. To help stimulate a broader discussion on Chinese Medicine methodology, I have created a table (below) that contrasts the characteristics of “TCM” with those of traditional Chinese Medicine—here labeled “classical Chinese Medicine” in order to distinguish it more clearly from its modern cousin—as Liu Lihong and my own teachers have described it. This table is meant to be a starting point, a tool that may help Oriental medicine practitioners and institutions assess their inner mode of teaching and practice. It may be incomplete and, due to the nature of the black-and-white table format, overstate some of the differences that set the two systems apart.

With regard to the positions outlined in the table above, most of us will find that our own convictions and modes of practice follow propositions that can be found on both sides of the dividing line. In particular, it is my experience that Oriental medicine practitioners in the West often proclaim to embrace the principles stated on the left, while their modus operandi in terms of diagnosis and treatment is much more closely aligned with the attitudes outlined on the right—much like Chinese officials used to aspire to the image of the philosopher-poet in their private life, while adhering to pragmatist values when acting in public. Others, after surveying this table, might find that although they were not aware of a “TCM issue” in the past, they certainly like the premises of “TCM” better than the mystifying conjectures of the classical path.

It is, therefore, not my goal to dignify the classical Dao of Oriental medicine and malign “TCM,” although it has become clear in the course of this presentation what the nature of my own bias is. Neither do I suggest that any deviation from pre-twentieth-century ways of diagnosis and treatment automatically establishes the practice of “TCM.” The use of modern equipment to measure the electric resistance of acupuncture points, for instance, thoroughly adheres to traditional zang-xiang theory (“examine the surface
to determine the hidden factors inside”). In accordance with the principles outlined in Liu Lihong’s book, I believe that the term “classical” does not imply that we should turn the clock back to the times of Zhang Zhongjing or Sun Simiao, but rather that we should utilize the timeless principles of the art and science of Chinese Medicine to assess, appreciate, and potentially incorporate new information from all branches of knowledge.

Copyrighted Material of The Chinese
University Press | All Rights Reserved