PORTLAND, Ore. (March 13, 2011) — The National College of Natural Medicine today released a report prepared by ECONorthwest, a leading Portland economic consulting firm, that demonstrates the private medical college is having a measurable impact on Portland’s economy—nearly $56 million in 2011.

The college commissioned the economic impact study to better assess its role in Portland’s economy as the college prepares its 20-year master plan to help drive future planning and decision-making.

Because of the unique medical education and clinical training that NCNM provides—in addition to its Chinese medicine and CAM research programs, it is the only naturopathic medical college in the state of Oregon—it generates new spending in Portland representing a net gain that would not occur in its absence.

The report notes that, as a private educational institution, nearly all of NCNM’s revenues come from tuition and fees, private gifts and contracts, and college sales. In 2011, NCNM employed 277 people and had a student enrollment of 550 graduate students.

NCNM’s economic expenditures have what economists refer to as a “multiplier effect,” which benefits area businesses and their employees in other sectors of the economy. The report estimates that for every million dollars NCNM spends, it generates an additional $1.2 million spent by others elsewhere.

The report assessed the economic impacts in 2011 of NCNM’s activities on the three-county Portland metro area. These include: $25,815,000 in direct spending on payroll and other operating costs, capital spending, and student spending on food, rent, entertainment and other expenses within the city; $10,883,700 in indirect or supply-chain spending related to the college’s purchases of goods and services from local businesses; and $19,160,700 in other spending resulting from the enhanced purchasing power of households directly or indirectly affected by NCNM’s economic activity. Altogether these impacts generated 613 jobs and contributed $55,859,400 to the local economy.

Along with its sizeable impact on Portland’s economy, another value NCNM brings to the Portland community is through the low-cost or free health care services it provides at its campus-based NCNM Clinic and the 18 community health care clinic locations throughout Portland.

NCNM, one of Portland’s oldest accredited medical colleges, long has been known in pockets of the Portland community as an educational treasure hidden in plain sight, noted NCNM President David J. Schleich, PhD.

He said, “Our founders would be so proud at how far NCNM has come in 56 years. When they signed papers in Salem to establish a little naturopathic medical school here in Portland, their primary intent was to ensure the survival of a form of medicine that had been proven to help patients for hundreds of years.

“NCNM is not only growing in its capacity to provide our students an excellent education in the classroom, the clinic and the research lab, but as we expand our campus footprint with new facilities and other campus and programmatic improvements, we’re also helping our hometown grow and thrive. Our founders succeeded beyond their wildest dreams.”

ABOUT NCNM
Founded in Portland in 1956, NCNM is the oldest accredited naturopathic medical school in North America and an educational leader in classical Chinese medicine and CAM research. NCNM offers four-year graduate medical degree programs in naturopathic medicine and classical Chinese medicine, and a Master of Science in Integrative Medicine Research degree. Its community clinics offer low-cost or free medical care throughout the Portland metropolitan area, and, in addition to the campus-based NCNM Clinic, NCNM practitioners attend to approximately 33,000 patient visits per year. NCNM’s Helfgott Research Institute conducts rigorous evidence-based research to advance the science of natural medicine and improve clinical practice. Until July 2006, NCNM was known as the National College of Naturopathic Medicine.
# # # 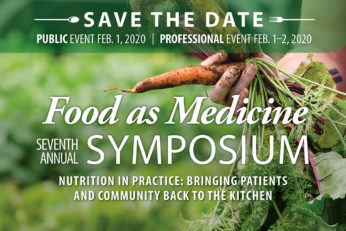 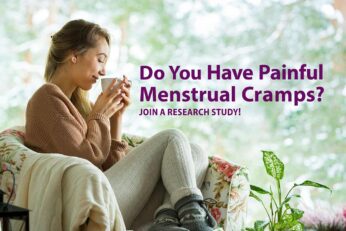